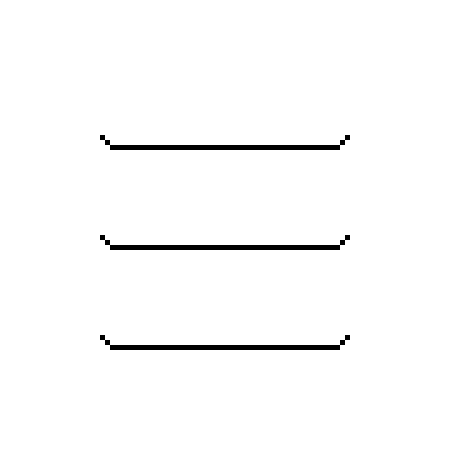 
There's a logical fallacy called the Gish Gallop. It's where a debator barfs up as many separate points as possible with little-to-no time for anyone to bring up a counterpoint. Any attempt to introduce a rebuttal is met with a repeating of all the other points that aren't addressed. Its impossible to counter, but with an argument like this, people aren't looking for a counter.

RESPONSE TO THE COVID-19 PANDEMIC

- Trump has publicly, repeatedly announced that he hopes coronavirus will just go away on its own, without any additional help or preventative measures. This has been his long-held opinion from March through July.

- Trump spent months shilling Hydroxychloroquine, an anti-malarial drug as a coronavirus cure, even after reports were coming in that the drug either had no effect or was lowering patient's chances of survival. He continues to do so.

- Trump's response in the beginning months of the outbreak involved partially closing the borders to China in January, then absolutely nothing until March.

- Trump refuses to advocate for masks, social distancing, or self-isolating to stem the advance of coronavirus. EDIT: In July (four months after he started taking any action against the pandemic).

- Trump started a coronavirus task force, led by Mike Pence who's actions while governor of Indiana led to a completely avoidable HIV outbreak (one town of 4,000 had an infection rate of 190 people. That's almost 5 percent).

- In the opening months of the pandemic, the federal government repeatedly siezed shipments of medical supplies meant for hospitals.

- In an attempt to curtail protests (violent and otherwise), Donald Trump has sent federal agents to different cities. These unmarked, un-named agents from the Department of Homeland Security will abduct protesters and place them in unmarked vans.

- Donald Trump will continuously decry against protests he believes are led by Democrats, including a peaceful "Wall of Moms" in Protland, Oregon.

- Donald Trump will continuously advocate for protests he believes are led by Republicans, including calling out certain states to "LIBERATE" over Twitter.

- Donald Trump was impeached in 2020 for obstruction of congress and abuse of power. Donald Trump is the third president to ever be impeached.

- Donald Trump continuously and repeatedly rejected congressional subpoenas, and told his staff to do the same.

- The Muller Investigation repeatedly stated that one of the main reasons that collusion/conspiracy couldn't be found between Donald Trump and Russia was constant and consistent obstruction of justice from Donald Trump.

- Donald Trump had repeatedly stated that he was going to build a wall, and make Mexico pay for it. After four years, 200 miles of new wall has been built ... to replace existing barriers. Also, Mexico has paid for none of it. The American taxpayer has.

- Never had I seen a presidential candidate mock a disabled reporter an not have it tank his entire career. In a 2015 campaign event, Donald Trump mocked Serge Kovaleski's joint condition by flopping his arms around in an impersonation of the reporter.

- Donald Trump was caught on tape saying things like "grab them by the pussy" and "they let you do it." His apology for the statements was "I'm sorry if anyone got offended."

- His debate strategy included classics like "No puppet, no puppet, you're the puppet" and repeated references to the size of his own genitalia.

- For the 2020 election, he chose to hold rallies in the middle of the COVID-19 epidemic (he took a two month hiatus).

- Three weeks after his 2020 rally in Oklahoma, the state reported record numbers of new COVID-19 cases, including the hospitalization of politician Hermann Cain.

- Donald Trump has hired a former Boeing executive to head the Department of Defense.

- Donald Trump has hired a pharmaceutical lobbyist to run the Department of Health and Human Services.

- Donald Trump has hired a former oil lobbyist to run the Department of the Interior.

- After 3 years, Donald Trump's cabinet had gone over more turnover than any other president's full terms in modern history.

- Donald Trump repeatedly boasts that he appoints only the best people. That praise quickly vanishes for anyone who resigns or is terminated from their appointment.

- Jared Kushner is the go-to person to get the President's big tasks done. He has been tapped to broker peace between Israel and Palestine, complete the US-Mexico wall, and reform the criminal justice system. He is also part of the Presidnet's Coronavirus Task Force. Jared Kushner has no previous government experience. He also couldn't secure a security clearance without his father-in-law's help.

- Ivanka Trump works in an official capacity as advisor to the President. She also has had zero prior government experience.

- Donald Trump Jr. is supposed to be running his father's business interests while Sr. is president, but the separation isn't clear as Jr. repeatedly makes political statements on behalf of his father.

- Lara Trump has a $15,000/month job at the Trump campaign, and has hosted numerous high-level meetings at the White House to push a variety of domestic policy initiatives separate from the campaign.

HIS SUCCESS IN FOREIGN AFFAIRS

- Jamal Khashoggi was a Saudi expatriate journalist living in the United States who was assassinated by agents of the Saudi government while visiting an embassy in Turkey. When it became clear that the Saudi government killed a US national, Donald Trump proceeded to do absolutely nothing.

- Donald Trump witheld promised aid to Ukraine in an attempt to persuade the country to open an inverstigation on Hunter Biden, who at the time was on the board of Ukranian company Burisma.

- Donald Trump engaged in multiple talks with North Korean leader Kim Jong Un in an attempt to halt North Korea's long range nuclear weapons program. He declared North Korea "no longer a nuclear threat" in 2018, after which they continued to research and develop weapons anyway.

- Donald Trump ordered a drone strike against Iranian Maj. Gen. Qassem Soleimani while he was in Baghdad, in retaliation to an attack made against a US Embassy. Nine other people died in the drone strike, and has led Iran to issue an arrest warrant for Trump.

HIS RELATIONSHIP WITH RUSSIA

- Donald Trump repeatedly communicates (and for all intents and purposes) maintains a friendly relationship with Russian Prime Minister Vladmir Putin.

- Donald Trump has stated that he trusts Putin's word over his own intelligence agencies.

- Donald Trump, during a press conference, said "Russia, if you're listening, I hope you're able to find the 30,000 emails that are missing. I think you will probably be rewarded mightily by our press. Let's see if that happens."

MOST TRANSPARENT PRESIDENT EVER

- In his own words, Donald Trump was "a brilliant scholar," but we're not allowed to see his grades.

- In his own words, Donald Trump is "a remarkable businessman" and "a billionaire," but we're not allowed to see his tax returns.

- The White House no longer has its visitor log open to the public. We're not allowed to know who visits with the president unless he wants us to know.

- Donald Trump has yet to divest himself from his businesses. While working for the American people, he is ALSO working to enrich himself financially.

- The overwhelming majority of these golf trips are to Donald Trump-owned properties. American taxpayers foot the bill for Trump, his Secret Service detail, and sometimes his guests to attend his golf vacations. The money eventually goes to the President himself.

- Trump doesn't play golf alone. Who does he play with? We'll never know, because he won't publicly disclose who he meets/golfs with.

- Donald Trump tried to host the global G-7 summit at one of his golf resorts. The event would have further lined his pockets with taxpayer money, and he only backed down after multiple arguments against it by his own staff.

- Donald Trump's children have also used taxpayer money to foot the bills for their travel expenses, including non-political trips like hunting excursions and personal business meetings.

- Donald Trump delayed the mailing of 2020 federal stimulus payments so he could add his signature in an attempt to show that the payments came from him personally.

BENDING OF THE LAW

- The Donald J. Trump Foundation was ordered to dissolve in 2019 after it was discovered that the Foundation was mis-ran and used for settling legal disputes tied to Donald Trump and his for-profit Trump Organization.

- Donald Trump paid Michael Cohen $130,000, who then wrote a check to Stormy Daniels for the same amount in an attempt to silence her alleged affair with Donald Trump. An investigation is still pending as to whether or not the money was from the Donald Trump Campaign or Donald Trump personally.

- Donald Trump has yet to say a single critical statement of white supremacy. EDIT: This was incorrect. He has made remarks against the KKK and neo-Nazis, especially after the Charlottesville protests where he said the protesters were "very fine people, on both sides."

- Donald Trump has made comments about how he considers Haiti, El Salvador, and certain countries in Africa "shithole countries."

So there it is, fiftyish points to ponder about the president. When the election gets closer, remember to come back to this article. It won't just be a good refresher, but it'll probably be longer, too.

The Names In the George Floyd Memorial

Weight For It Part 2

Deleted and Rebuilt Repeatedly Since 1996